Blepharitis is a chronic inflammation of the eyelids, which can cause itching, burning, irritation, tearing, and crusting of the eyelashes and, occasionally, red eye. This condition can begin in childhood or develop later in life. Blepharitis may flare up only once but tends to recur repeatedly more often. Chronic blepharitis may lead to corneal scarring and decreased visual acuity if left untreated. 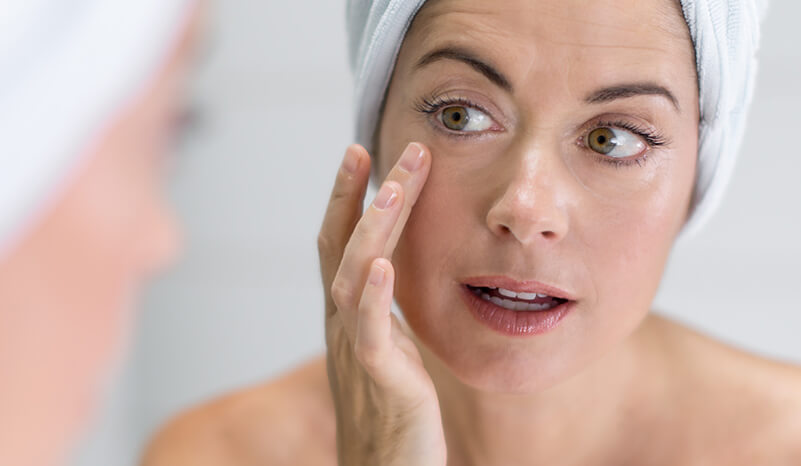 What Are The Symptoms Of Blepharitis?

There are two basic types of blepharitis – anterior and posterior. The more common anterior blepharitis is an immune response to an overgrowth of normal bacteria that live on the eyelids. It is characterized by redness of the eyelid margin and crusty scales or flaking around the eyelashes. Loss of eyelashes and distortion of the eyelid margins are also common complications with any form of blepharitis. Seborrheic blepharitis is a subset of anterior blepharitis, which is slightly less common and characterized by less eyelid redness with more crust or flakes around the eyelashes. It is often associated with flaking the skin around the nose and hair line.

Posterior blepharitis is the second type of blepharitis, more commonly known as “Meibomian Gland Disease.” With this condition, the large oil glands that line the upper and lower eyelids become clogged due to inflammation within the glands themselves. The oil secreted by the glands are important to the health of the ocular surface, and lack of oil or turbid oil leads to symptoms of dry eyes, including burning, tearing, blurred vision, itching and general discomfort.

There are several factors that may contribute to blepharitis. The most common of which include:

What Is The Treatment For Blepharitis?

Strict eyelid hygiene is extremely important when it comes to the treatment of blepharitis. Warm compresses and eyelid scrubs are generally effective methods:

Depending on the severity of your blepharitis, limited use of antibiotic ointments, topical steroids, or cyclosporine may be necessary to control the condition. For some patients, oral antibiotics, such as doxycycline, may prove helpful.

If you’re concerned about blepharitis, schedule an appointment with Drs. Campbell, Cunningham, Taylor & Haun. Our cornea specialists will development a treatment plan to effectively manage the condition, based on your individual needs.

Persons Over Age 50 Should See An Eye Care Professional Every Year.