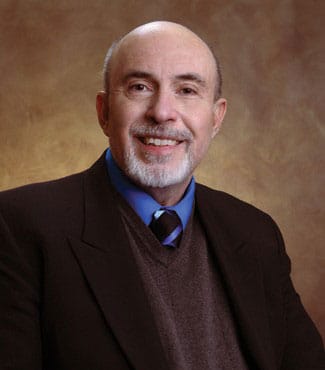 “You just have to figure out what the missing pieces are and how they go together."

As a teenager, his interest in swimming led him to become a certified lifeguard. In fact, the first year he was employed at McMinnville’s municipal pool, young Shawn recorded an amazing 20 rescues. “It was exciting work,” he recalls, “but all the while I had art in the back of my mind as my eventual career.” Accordingly, he enrolled at Middle Tennessee State University as an art major. 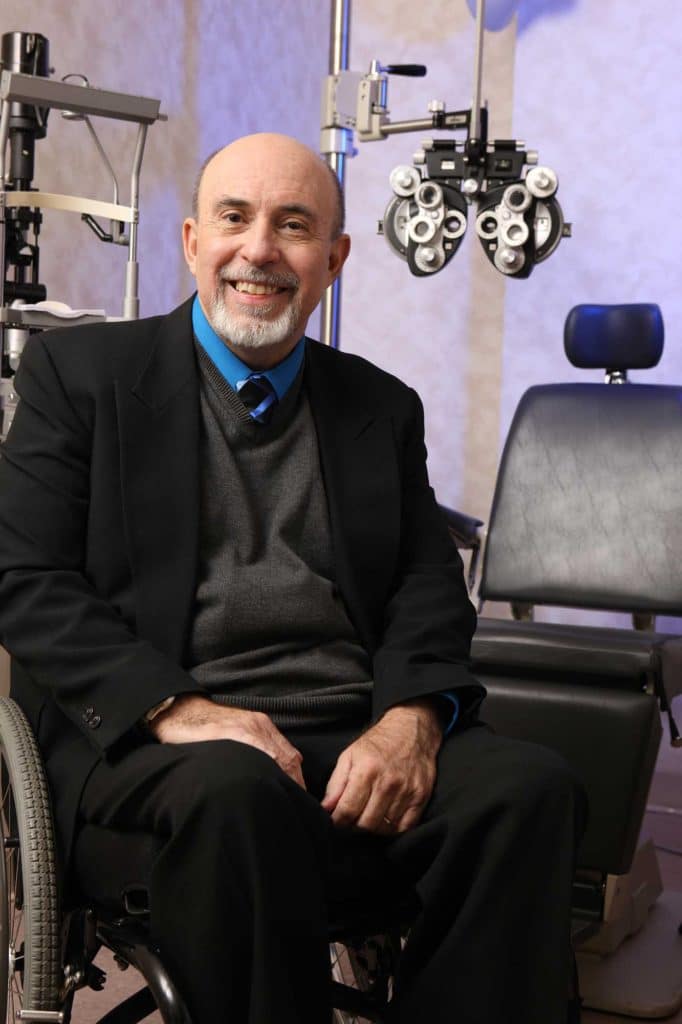 But things didn’t work out as planned. During his first semester he discovered that his teachers were primarily focused on abstract art, a form the budding artist wasn’t comfortable with. “That’s when I got the best career advice of my life,” he smiles. “Thank goodness for Mom.”

Essentially, Mrs. Molloy said, “You need to get into the medical field. There are so many nice doctors out there and you could be one of them! You know,” she added, “my Optometrist is really nice and really smart.” Apparently, she made an impression. 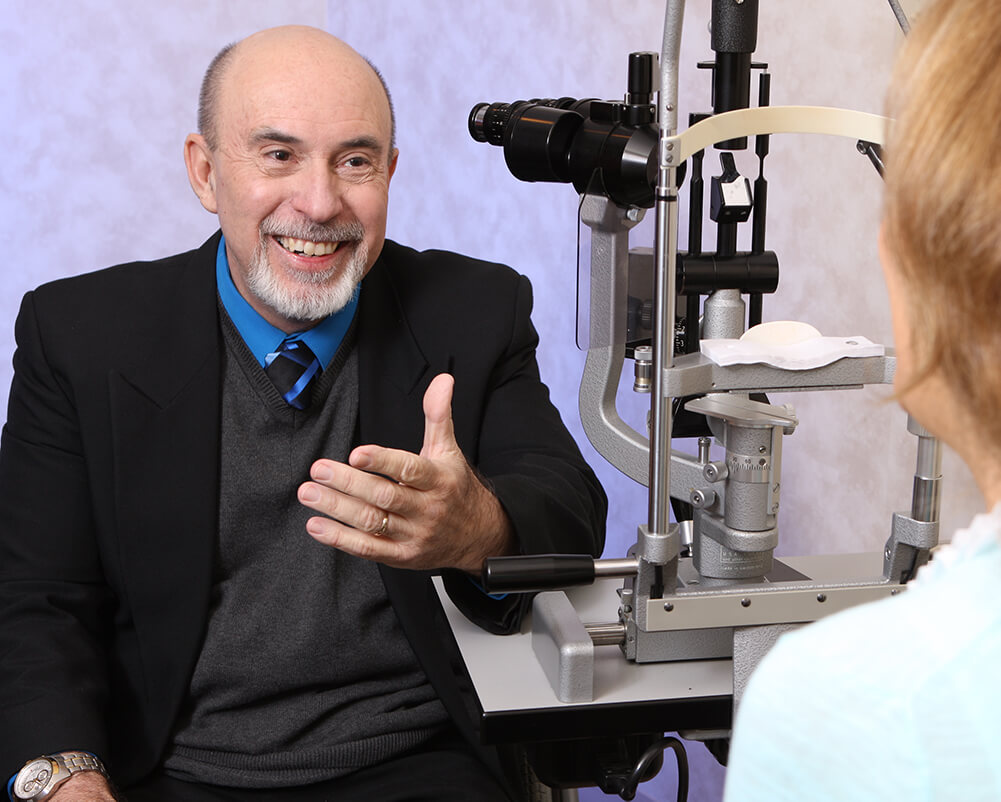 Shawn promptly switched majors to Pre-med at MTSU where he did well and was later accepted into the Southern College of Optometry in Memphis.

Shawn found the class work challenging, but also very rewarding. Upon completing Optometry school, Dr. Molloy, who had a 1-A draft status, was all set to join the Navy. “I was as good as gone,” he says, “but just about that time, the war ended, leaving me with a decision to make: join the Navy or go into practice as an Optometrist. In the end, I decided to open a small practice in downtown Sparta.”

Dr. Molloy’s practice flourished and he might have settled there permanently, but by this time, he had started a family and felt that maybe a different area might offer a better education for his kids. Impressed by the schools in Farragut, he sold his house and practice in Sparta and moved to Farragut with his family, but continued to see his beloved Sparta patients, commuting back and forth.

molloy_retina_exam-SM“It was around this time that I noticed that my friends who were “relief” pharmacists had built careers filling in for their colleagues who were on vacation or sick. That kind of schedule appealed to me,” says Molloy, “so I decided to use the same approach in Optometry.” Before long, he was working for 3 to 4 four different practices at a time. “I liked the variety of people. To me, it was the same as actually working at each location full time, only I was traveling, which I found interesting.”

In 1998, Dr. Molloy was attending a continuing education course taught by Dr. Les Cunningham. “I was really impressed with his knowledge,” says Molloy. “When I heard about the practice’s advanced technology, multiple Ophthalmologists and multiple locations associated with Drs. Campbell, Cunningham, Taylor & Haun, I told him I wanted to go to work there.”

Apparently Dr. Cunningham was also impressed and in 1999, he asked Dr. Molloy to come to work for Drs. Campbell, Cunningham, Taylor & Haun. His responsibilities would be primary care and pre- and post-operative patient care. It could not have been a better fit.

However, in August of 2000, a dramatic turn of events brought on the greatest challenge of Shawn Molloy’s life. While working at home, he fell from a ladder and broke his back. Paralyzed from his waist down, he was forced to take disability and retire from practicing.

“It was depressing at first,” recalls Molloy. “Even retrieving a dropped pencil was a major challenge.” But, as he often did, Dr. Molloy learned how to manage life and rebound from the setback. “In time, I was able to accept my disability,” he says.

Forced to retire from his chosen profession, Shawn and his wife moved to Sevierville where they built a home. Shawn took a job at Dollywood where he worked in security for five years.

But Optometry remained on his radar. “My son, who is a Medical Doctor, always asked when I might return to seeing patients. But I was concerned about accessibility in the office and how my patients might perceive me. I wasn’t sure if I could even get close enough to effectively examine a patient.”

Determined to explore the possibilities, Dr. Molloy called Drs. Campbell, Cunningham, Taylor & Haun and was invited to make rounds with Dr. Taylor. It soon became clear that Molloy had both the desire and the physical capabilities to return to work. “Coincidentally, the practice was in the process of building their Sevierville presence,” recalls Molloy, “and it wasn’t far from our new home. It seemed like it was meant to be.”

Eye care is his passion. He likens treating patients to completing a puzzle. “You just have to figure out what the missing pieces are and how they go together,” he says. With his extensive experience, Dr. Molloy is able to efficiently diagnose the patient’s condition and plan a course of action to remedy the problem. “Actually, I study the patient’s chart before each exam and in some cases, have a treatment plan outlined before meeting with the patient,” says Molloy. “The exam is more of a confirmation of my diagnosis. It is thorough and I want the patient to feel comfortable with the diagnosis and have a confidence level that the resulting treatment is the best path to recovery.”

“I look forward to coming to work and helping patients every day,” says Dr. Molloy. “I think it’s so important to take the time to carefully diagnose a patient’s problem and then plan the right treatment. I believe my patients really appreciate that.”

Dr. Molloy is particularly glad to be back with Eye Care Optical office of Drs. Campbell Cunningham Taylor & Haun in Sevierville. “They can take care of just about any eye condition right here at the best practice in East Tennessee. I’m glad to be a part of that. I’m glad I followed Mom’s advice.”

When Dr. Molloy isn’t seeing patients at the Sevierville Eye Care Optical office of Drs. Campbell, Cunningham, Taylor & Haun, he and his wife, Darlene, enjoy traveling and spending time with their children and grandchildren.